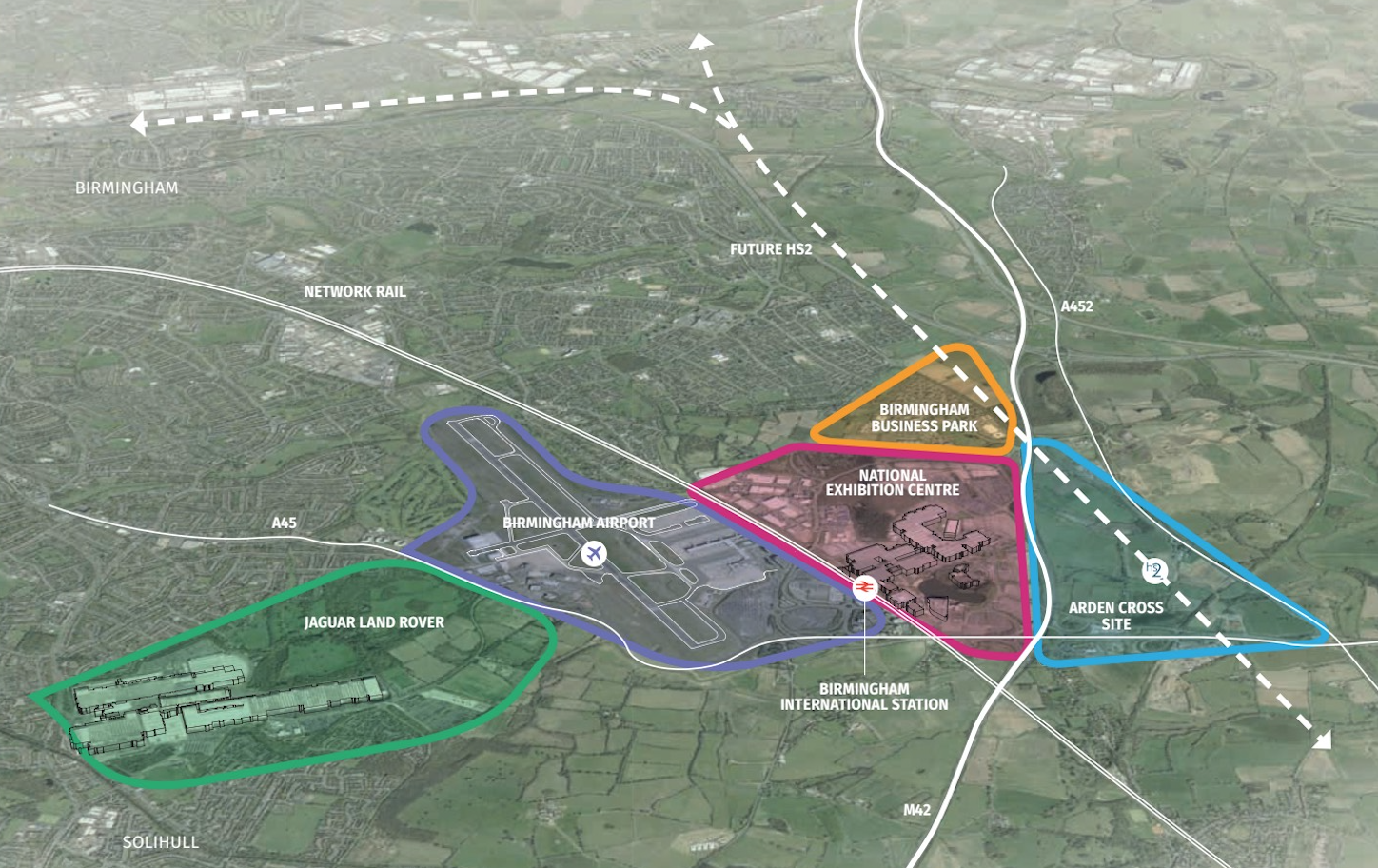 Over three years ago, I wrote an article for The Coleshill Post called ‘Meriden Garden City -; We need a new vision for the future.’ It was based on the then draft proposal by Solihull Council to develop land around the new HS2 Station, the NEC and the Airport into a new housing development mixed with retail and office space.

Three years on and the proposals have been developed further, with concrete plans being put forward this month. The plans go much further than anyone imagined in 2013 when they were first announced. The project is predicted to last until the mid 2040’s and at that point, if things go as planned, the whole area will change, including North Warwickshire.

If the plan is followed then they’ll be an expanded Birmingham Business Park (towards Coleshill), a vastly expanded airport (with the potential for some if not a lot of it to be in North Warwickshire), a new ‘Arden Cross’ development of retail, offices and housing starting at the edge of Stonebridge Island where the current Toby Carvery is as well as a new metro line going along the North Warwickshire boundary and into Birmingham Business Park.  There are also proposals to combine the HS2 station with the airport terminal.

In 2014, my article said “Rather than react with fear about this “new town”, we should seek more details so that we can assess its potential impact on Coleshill, good and bad. A new town a stone’s throw away with highly skilled and highly paid jobs may enable local people to live, work and spend locally. This column isn’t written in support of the new ‘Garden City’, it simply tries to raise important questions about the future of our town.”

Today, we have more detail and I don’t think it’s good for Coleshill or North Warwickshire. Not because a development of new transport links, highly paid jobs and new homes is a bad thing but because North Warwickshire has been dawdling along messing about with a local plan that seeks to destroy areas like Polesworth and Dordon without recognising the huge focus on the West Midlands conurbation, the growth corridors that exist and that are planned for the future. It’s almost like the Council has had its head in the sand for the last two years thinking this ‘Meriden Garden City’ or ‘UK Central’ as its now called, would just go away.

The Borough and County Council’s delayed joining the new West Midlands Combined Authority, they missed out on the early talks, we’re not involved in the first devolution deal and despite being members of the organisation today, they still have no list of ‘asks’ for North Warwickshire. There’s no point being a member of the WMCA if we don’t get anything from it and we won’t get anything from it unless we ask!

So this new development has the potential to harm North Warwickshire, particularly if the new runway goes ahead inside of our boundary, although this is thought to be decades away from happening (just look at how long it’s took for Heathrow to get the go ahead for its latest runway 50 years) but it will be particularly harmful if it happens on our doorstep and yet again we miss out on any of the benefits from it. We’re going to have a new metro line nearby but it will by-pass our Borough, we’re going to have a new settlement nearby but no homes from North Warwickshire’s ‘quota’ will be included, we’re going to have new companies, investment and jobs but our lack of engagement will mean we as a Council don’t have the key relationships and connections and our residents will therefore be behind the likes of Solihull, Birmingham and Coventry in the que. In fact, North Warwickshire appears just twice in the whole document that announces the plans, the same amount of times as Bristol! Coleshill is just a stone’s throw away from the proposed UK Central but isn’t mentioned once in the proposal document.

We’re in danger of getting all the harm from this proposal but none of the benefits. We need to engage in the process or we’ll be left behind and forgotten about.