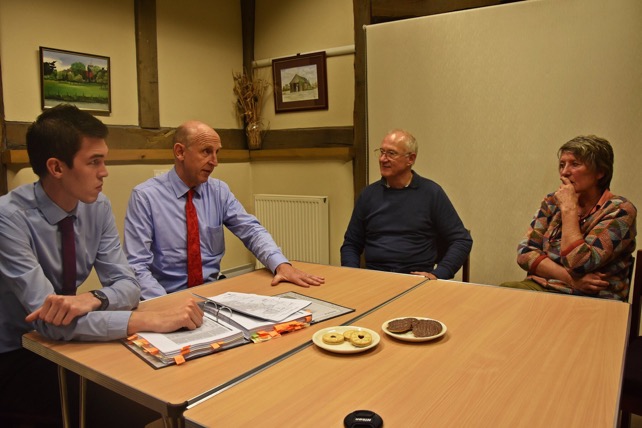 There is a debate taking place at North Warwickshire Borough Council about housing. Most political parties agree we need more homes to solve the housing crisis in Britain.

The difference in North Warwickshire is how and where we build them. The Conservative Council want to build 9700 new homes, mainly as an extension to Polesworth, Dordon, Atherstone, Ansley Common and Hartshill. It means that some of these areas will double in size over the next 15 years.

Can you imagine the reaction of Coleshill residents if someone said we’re coming to dump 3000 new homes in the fields next to your town? They’d be uproar and rightly so.

So at a recent Full Council, Labour Councillors put forward our plan for delivering these new homes. Whilst we’re sceptical of the numbers, the process and the Governments over-involvement in local planning -; we do have to build new homes.

Labour’s plan for a new settlement would see land at the A38, down past Moxall Hall Hotel and towards J9 M42 developed for housing and employment. The site would deliver around 5000 new homes, new schools, a new doctors surgery, new shops and highly paid jobs as the employment site joins with the Peddimore development -; where research and development is a key component.

Key to Labour’s proposal is for the A446 to be duelled along its entire route between Coleshill and the A38 although a new access from the A38 will be the main entry point to this new town. Transport to and from the site is of vital significance. Improving transport, public transport in this part of North Warwickshire would be a huge benefit for local people. It’s for this reason that the new settlement would have direct access to the new metro system that is being proposed for the other side of the A38.

At the moment, the Conservative Council are failing to engage with the rest of the West Midlands and all around us a new metro system is being developed that will enable you to travel from Coventry to Birmingham to Solihull and the Black Country. At the moment the plans show it running past North Warwickshire. Under the Tories, this lack of engagement will mean that yet again, our Borough will fail to reap the benefits of this new public transport. It will take us longer to get to any new station than it would to use the new transport to get to the intended destination.

This new village would include new social housing and 40% of the site will be affordable. On a new settlement site like this -; a council can buy the land and be in control of how the development progresses. It means we have much greater control over a site like Labour is proposing over a huge extension to an existing town or village where developers are in control.

And the big issue -; yes, it is currently green belt. But if we are to tackle the housing crisis, if we are to protect existing towns and villages like Coleshill and Water Orton, then we must build somewhere.

Young people today, cannot get on the housing ladder. People are living at home until they are in their 30’s. This is simply not acceptable.

So, yes the new village would be in the green belt but Labour will force a ‘green belt swap’ so that the new site would be surrounded by existing green belt, protecting it and surrounding villages from any sort of merger and we would swap the green belt built on at J9 M42 with J10 M42 to protect the remainder of North Warwickshire as well as Coleshill, Water Orton, Curdworth and all of the other parishes on this side of the Borough.

If we want to protect land like Daw Mill, like the green belt surrounding Coleshill and Water Orton, then we must be bold and not allow developers to dictate where development takes place -; a local plan that includes a new settlement is the only way to do this.

Because we have to remember, it is the Conservatives who sought to build on Packington Lane, around existing homes and only Labour forced them to change course.