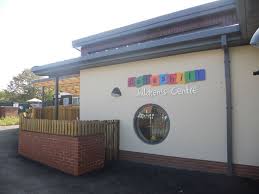 Figures released by the ‘End Child Poverty Commission’ show that child poverty continues to rise, with nearly one in four Children in North Warwickshire living in poverty.

The figures, show a slight rise since 2016 with North Warwickshire having the second highest level of child poverty in the whole of Warwickshire.

“These figures are disappointing because in the two years since the last figures were published, things have got slightly worse. It is not acceptable that in 2018, one in four of our young people live in poverty.

“It becomes a vicious circle because we know those who are brought up in poverty, have fewer life chances than those who don’t. A child who falls behind when they are at school, really struggles to ever catch up.

“In North Warwickshire, despite the misconceptions, we are not an affluent Borough. We’re a Borough in need of investment and services. At the moment, we are losing services because of cuts by Tory Councils and a Tory Government. If we want to tackle the crisis of child poverty then we have to start investing in services locally and providing new opportunities to young people